A Chinese fashion survey shows that Hanfu became one of the Top 10 men’s favorite gifts in 2020. At present, there are still fewer men wearing Hanfu clothes outside, but we could often see many young girls wearing beautiful Hanfu on the streets of China.

Women always walk in the forefront of fashion, and unconsciously, Hanfu has become a new fashion. At the same time, with the Hanfu Movement, the ordinary people gradually began to accept Hanfu Culture, and its beauty was also appreciated by more and more people. Hanfu have many styles, for men, some people like the feeling of being immortal, some like nobility, some like gentleness. If want to choose a suitable Hanfu for yourself, it must suit your temperament and dressing occasion, otherwise, you will not get the desired effect.

This is a simple and light style, you must have seen it in many Kung Fu movies before, the masters like to wear this kind of shirt in their daily life. It’s similar to modern clothing, you can match any casual pants and wear it at home or outdoors. Shenyi dress is suitable for gentlemen and it makes people look very solemn. Shenyi style belongs to one-piece clothes, and it’s characterized by wrapping the whole body with clothes, hidden and elegant. Shenyi Hanfu is often worn as formal dresses for attending important occasions, such as gatherings, graduation ceremonies, festival celebrations and etc. In ancient times, Totem Hanfu were the uniforms worn by Royal Guards, just like knights in ancient Europe, only those who gained great honor were eligible to wear them. The embroidery totem of the dragon or other divine beasts on the clothes symbolizes a fearless and brave spirit. 4. Ruqun – The Most Popular Hanfu Style

Wearing a Ruqun dress will make you look like a fairy. In ancient times, whether students, poets, or artists, they usually liked to wear Ruqun, which could be suitable for various occasions. In addition, most of the people you see wearing Hanfu in the street are basically Ruqun style. It can be said that the Modern Hanfu is not very different from the clothes you are wearing now. It uses modern clothing style design, incorporating elements of Hanfu’s patterns and embroidery technology. As long as you like, you can even wear them every day. How to Choose an Appropriate Male Hanfu

If you are the first time to buy a Hanfu and want to wear it outside, you could choose a generic classic Hanfu shirt, as well as a Modern Hanfu is a good choice. When you are already familiar with Hanfu dress, Ruqun will be the right choice for taking beautiful pictures and most occasions.

Of course, Shenyi and Totem Hanfu are also cool, if you are fond of these styles, you might as well try it. In addition, the color of Hanfu can refer to your usual habits, in general, you can choose the color just you like, but note that a Hanfu should not have too many colors, or you may be like a stage actor.

In the end, most men said that they liked Hanfu because their girlfriend fell in love with Hanfu. At first, they were just asked to take beautiful pictures of Hanfu for their girlfriend. Gradually, they found this costume is so beautiful. Why not be together? When they first put on Hanfu and took pictures with their girlfriend, they were really like a couple of immortal lovers. Later, they can’t help deeply fascinated with Hanfu. 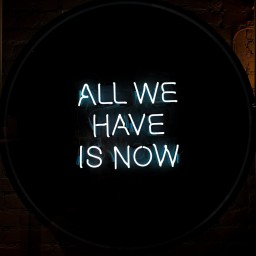